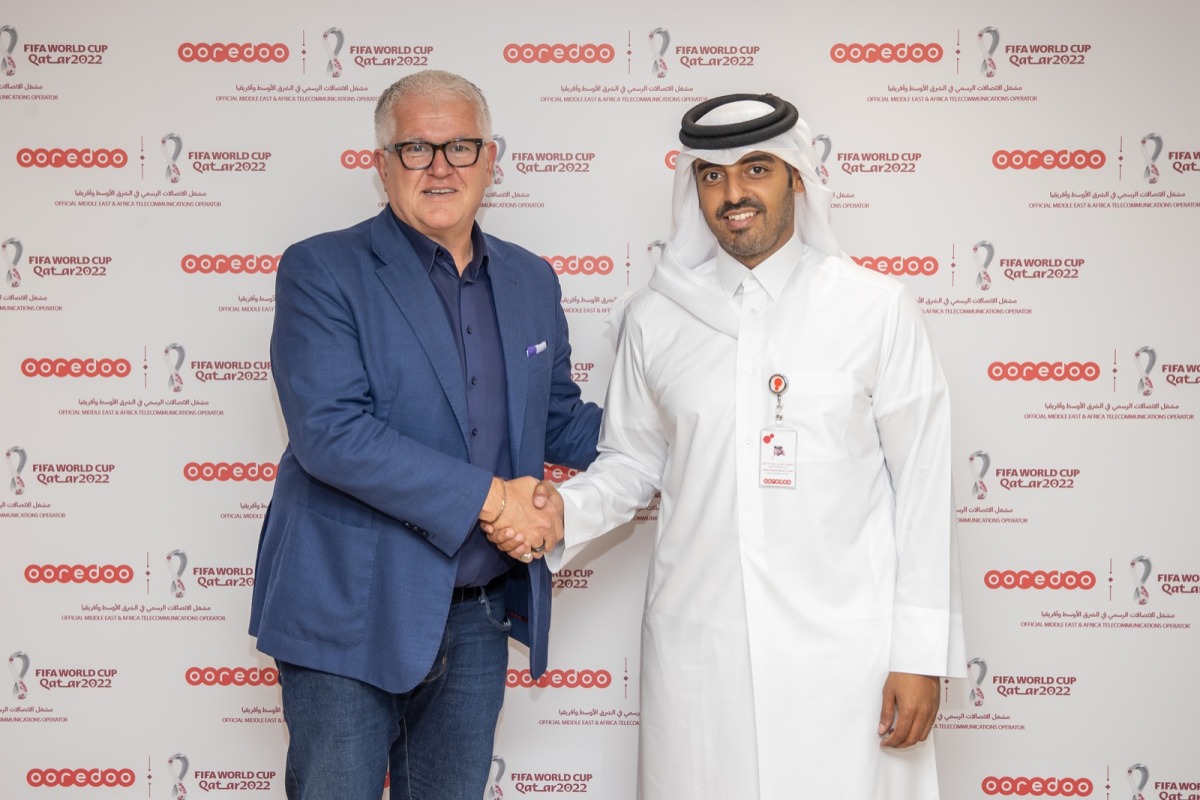 Chief Business Officer at Ooredoo Sheikh Nasser bin Hamad bin Nasser Al Thani welcoming FIFA’s Chief Enterprise Officer Romy Gai.
Doha: Ooredoo has introduced that its senior officers met with Romy Gai, FIFA’s Chief Enterprise Officer, on his latest journey to Doha.
Sheikh Nasser bin Hamad bin Nasser Al Thani, Chief Business Officer at Ooredoo, and a delegation of senior Ooredoo officers welcomed Gai on his go to.
Sheikh Nasser and Gai mentioned the power of bilateral ties between Ooredoo and FIFA, with Ooredoo confirming its staunch assist for FIFA occasions together with the upcoming FIFA World Cup Qatar 2022, of which Ooredoo is Official Center East & Africa Telecommunications Operator.
Gai expressed FIFA’s appreciation of Ooredoo’s continued assist of sports activities actions occasions and tournaments — significantly soccer, at each native and worldwide ranges — and burdened FIFA’s delight in cooperating with Ooredoo as a number one ICT supplier in Qatar and the Center East area.
Gai thanked Ooredoo for its dedication to supporting and selling soccer, and its efforts to improve communication options to make sure an enhanced fan expertise on the upcoming World Cup.