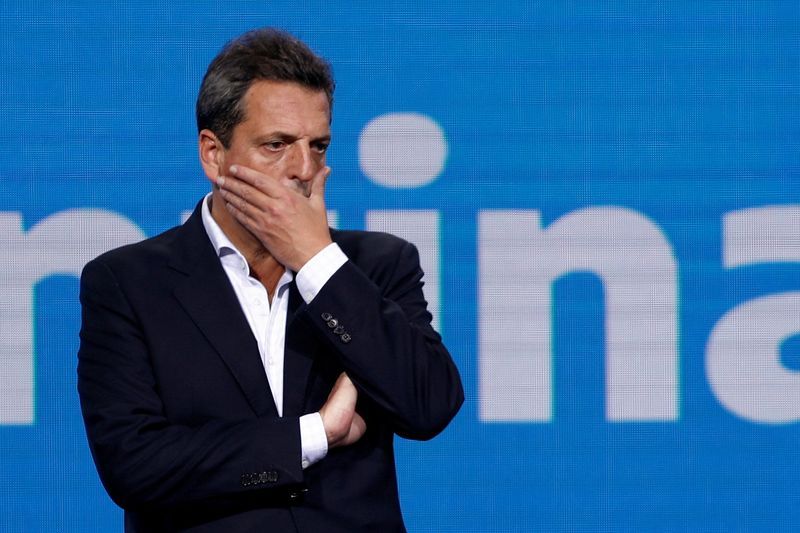 BUENOS AIRES (Reuters) – Argentina’s new financial system superminister appointed his prime advisers on Monday, vowing to cease excessive inflation and the deterioration of the South American nation’s financial system.Sergio Massa appointed Eduardo Setti, an economist with expertise in capital markets, to be finance secretary, whereas the skilled Daniel Marx might be a part of the general public debt monitoring staff. Raul Rigo would be the treasury secretary.The choice comes days after Massa was appointed to guide the brand new ministry, which oversees financial, manufacturing and agricultural coverage. The federal government fashioned it with the goal of combating excessive inflation, a paralyzing fiscal deficit and a forex at historic lows towards the greenback.”Their goal is to strengthen reserves, guarantee treasury financing and promote the event of a nationwide capital market,” Massa stated on Twitter.Massa is ready to announce different members of his staff, such because the deputy minister or the secretaries of Agriculture and Vitality, afterward Monday.Native media stated Massa will journey to the US and France on the finish of August to fulfill with authorities from the Worldwide Financial Fund and the Membership of Paris. Argentina has a $44 billion debt with the Fund and is renegotiating $2 billion in excellent debt with the Membership of Paris, an off-the-cuff group of creditor nations that appears for methods of compensation for nations fighting monetary obligations.Massa is anticipated to resign as the pinnacle of Congress’s decrease home Tuesday earlier than being sworn in to his new place Wednesday, when he’ll maintain a press convention to offer extra element about his plans for the position.Argentina’s Merval inventory index fell 4% to 117,586.78 factors after gaining virtually 8% final week.With the cupboard reshuffle, the federal government, whose approval score is plummeting, hopes to quell social unrest over excessive costs and keep away from additional deterioration earlier than the 2023 presidential elections. (Reporting by Lucila Sigal; Writing by Carolina Pulice; Enhancing by Bradley Perrett)